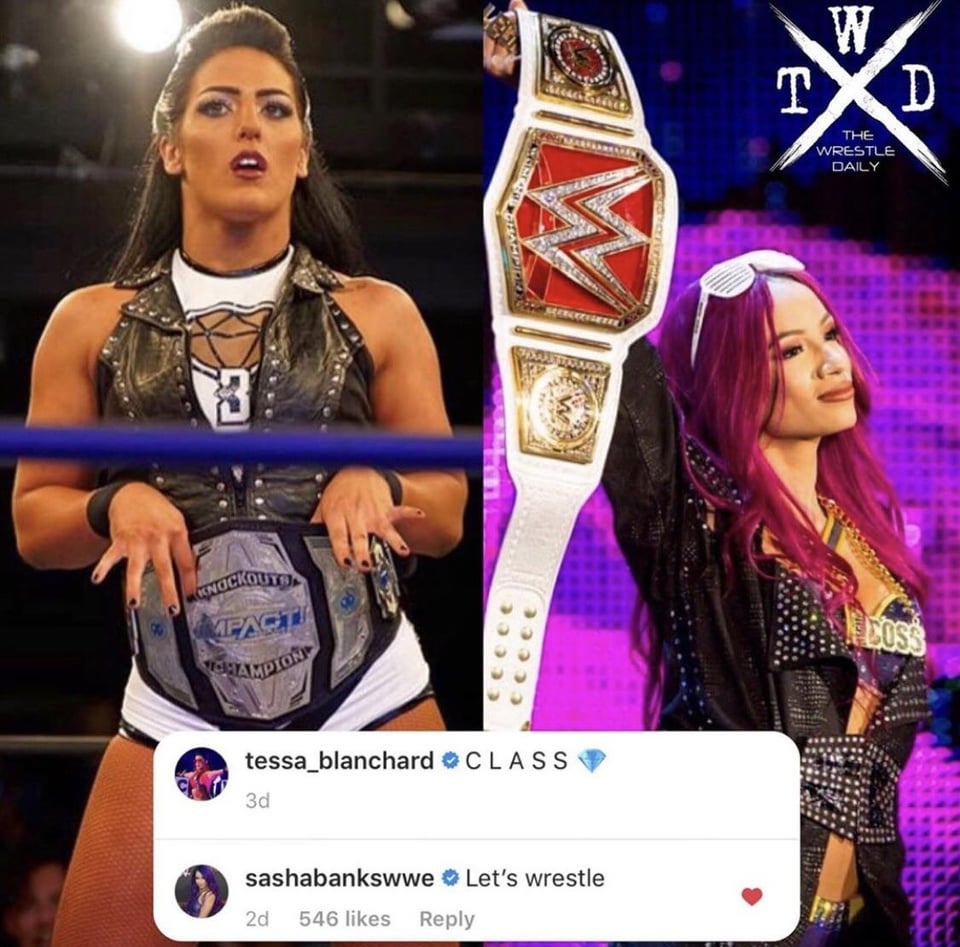 While Sasha Banks was listed internally for the WWE European tour that kicks off today, she did not travel to Europe with the Raw roster yesterday.

We are told that Banks was slated earlier this week to film promotional material for the next WWE 2K videogame release as well, but no word yet whether that happened.

Sasha Banks was in the NYC area this past Wednesday for WWE. One source we spoke to believed she was working on material for the next WWE video game release.
PWInsider
Vrh
Maki

her body, her choice