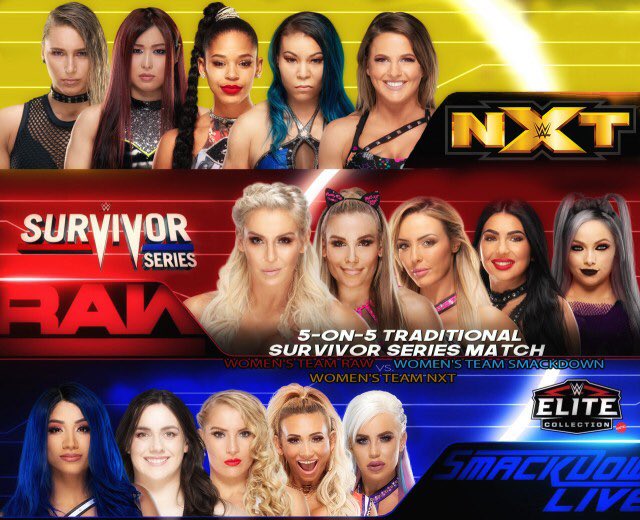 WWE will be featuring a tri-branded Survivor Series event on 11/24, featuring stars from RAW, SmackDown and NXT.

While only three matches have officially been announced, the company is planning a secondary title match with stars from RAW, SmackDown, and NXT competing.

According to Dave Meltzer in the latest edition of The Wrestling Observer Newsletter, the current plan has the WWE Intercontinental Champion vs. WWE United States Champion vs. NXT North American Champion penciled in on the card.

A backstage source reveals that the match may not necessarily include AJ Styles (WWE United States Champion) vs. Shinsuke Nakamura (WWE Intercontinental Champion) vs. Roderick Strong (NXT North American Champion). This means one of those champions may lose their title prior to the pay-per-view.

Speculation points to Shinsuke Nakamura losing the Intercontinental Championship, as AJ Styles is still expected to be champion come Survivor Series. If Nakamura loses the title, the thought is that Daniel Bryan will defeat him prior to Survivor Series. Due to the nature of WWE booking, and changes being made on a fly, these plans can change multiple times prior to the PPV.

AJ Styles pitched an idea on television this week to have The O.C. face The Undisputed Era at Survivor Series, but as or right now that match is expected to take place on television, quite possibly on an up-coming NXT show.