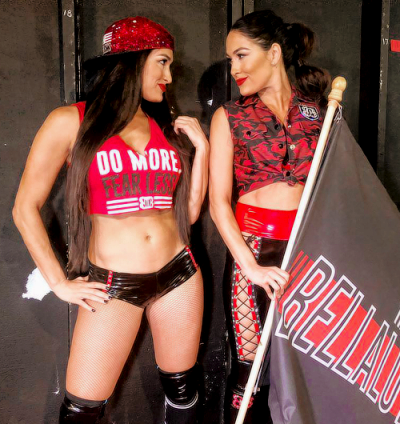 "Not great,” Bella said about how she is feeling after her match with Rousey.

Bella continued, “I’m defeated and I just feel like the Divas era is officially over. I’m done but you know what, with Ronda, it’s not over and when I come back here, I’m gonna be a brand new woman that every woman in this women’s division will need to fear.”

It’s no secret that Nikki has dealt with neck issues and her main focus is on projects outside of WWE so it’s no surprise that she’s not wrestling a full-time schedule.

Sunday's season 4 finale of WWE's Total Bellas saw Nikki Bella announce her retirement from the ring after 12 years with WWE. TMZ reports that Nikki still has a great working relationship with WWE, and the door is definitely open for a future return to the ring.

Nikki is stepping away from the ring to focus on other business ventures and projects, and because of the wear & tear on her body, but sources close to her told TMZ that she still loves pro wrestling, still loves WWE and would be interested in making special cameo appearances in the future, as long as the timing is right.

Regarding her working relationship with WWE, word is that Nikki will sign on as a WWE Ambassador. This has not been officially announced by WWE. TMZ reports that Total Bellas will also continue into the future.