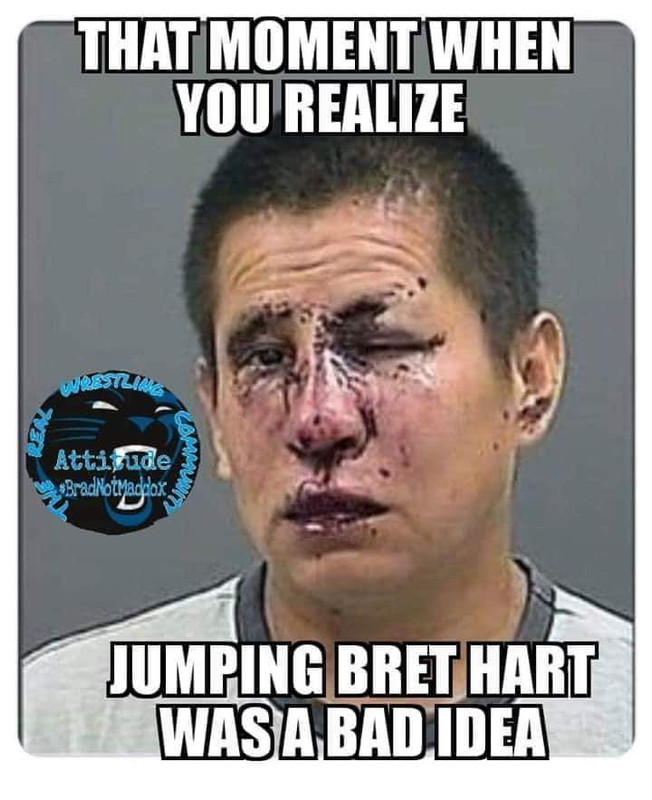 The wacko who took down WWE legend Bret “Hitman” Hart during Saturday night’s Hall of Fame speech is a wrestling fanatic with a bizarre Twitter history that includes sending repeated messages to WWE stars, his social media shows.

“ROAD TRIP!! I want to say THANK YOU to @VinceMcMahon for helping guide US to the Main evenT of #WrestleMania35 #WWE. It’s been an honor to Bounce Off Brilliance,” Zachary Madsen posted on Tuesday to his Twitter account, @iAmMad______sen. “Look what WE started.”

The tweet is accompanied by a strange photograph of an upside-down, shirtless man with his face painted white and blue — and donning the same Rasta-themed hat that Madsen, 26, is seen wearing in snapshots of the attack. It’s not clear if the person in the photograph is, in fact, Madsen.


“Please keep in mind that my check engine light is on, I’ve driven well over 5000 miles without an oil change and I don’t have a GPS. Additionally, the only bigger joke than my car, is my sense of direction,” he wrote in a post Wednesday morning. “It might be easier to book me a flight @VinceMcMahon YOU have 24-30 hrs.”

A Facebook page that appears to belong to Madsen indicates he was at some point an amateur MMA fighter.

Other wrestlers tagged in his Twitter posts include Triple H, RAW Women’s Champion Ronda Rousey and WWE Champion Daniel Bryan — whom he warned in one tweet: “You’re in trouble this, Sunday!”

Madsen allegedly jumped over a metal barrier, climbed into the ring and tackled Hart to the ground on Saturday night, during the legend’s Hall of Fame Speech at Barclay’s Center.

He was charged with two counts of assault, one count of criminal trespass and one count of violation of local law, cops said. He will be arraigned in Brooklyn court on Sunday.

Also noted that his name was actually on the teleprompter so it passed through several channels before making air.

There is currently a rumor going around that the New World Order (Hulk Hogan, Scott Hall, and Kevin Nash) will headline the 2020 WWE Hall of Fame class.

Mike Johnson of PWInsider.com speculated on the possibility.

"It’s Tampa, which is Hulk Hogan country, so perhaps the NWO makes sense. I haven’t heard any definite names at this juncture."