Put your hair up and square up 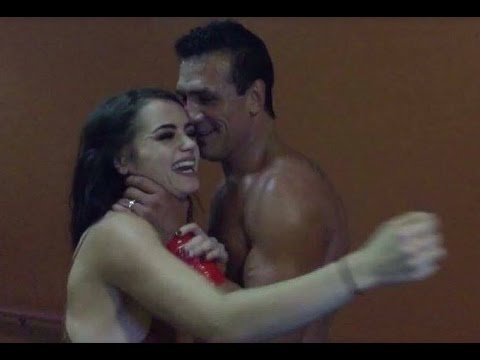 Deville talked about teaming with Mandy Rose in the first-ever women's Elimination Chamber match this year and said they have contributed to the changing landscape of the women's division, and she hopes to continue to help bring a certain legitimacy to the division.

"Mandy and I were actually able to be part of so many firsts because we did come in at such a vital time," Deville said. "And I feel like we ourselves have contributed to the changing landscape of the women's division, and that's a personal goal of mine to continue to do. I want the women's division to have that legitimacy, I want it to have that intensity and the aggressiveness, and I feel like that's where I personally can contribute."

Deville also talked about fighting for progress and representation as the first openly lesbian Superstar in WWE history.

"Being a part of the LGBTQ community myself, it's another passion of mine to let my fan base know that I represent another demographic in the WWE," Deville said. "And we are diverse and it's OK to be you. And that's kind of another message I'd like to spread while i have this platform."

Deville, who came out on an episode of WWE Tough Enough several years ago, said she hopes for and expects to see more LGBTQ wrestlers out and in the spotlight, and to see them respected by fans.

"I've seen it grow over the past five years in the world in general since I've been out myself, since I came out on WWE Tough Enough three and a half years ago, whatever it was," Sonya said. "So absolutely I'm super-confident that it's going in an amazing direction and I'm happy to be someone who can spread that positivity."