After a four year delay, Stephanie McMahon’s memoir finally has a release date.

Mike Johnson of PWInsider.com confirmed that her book, UNREAL: Inside the Crazy, Fun Show Business World of WWE, is set to be published in August 2020 by Regan Arts Publishing.

Amazon has the book available for pre-order, with a release date listed of August 25, 2020.

An entertaining, empowering and revealing memoir packed with never-before-told stories from Stephanie McMahon, the daughter of Vince McMahon, wife of Paul “Triple H” Levesque, and the Chief Brand Officer of World Wrestling Entertainment (WWE), one of the most powerful brands in entertainment today.

In the ring as one half of the powerful “Authority,” Stephanie McMahon’s on-screen life is full of drama, villains, heroes, romance and scandal. However, Stephanie’s on-screen life pales in comparison to the real story of the family behind the global entertainment powerhouse WWE.

This revealing memoir exposes her life growing up behind the scenes in WWE as the daughter of WWE Chairman and CEO Vince McMahon. It also uncovers the secrets of her tumultuous romance with her husband Triple H, the frightening FBI investigation that threatened her family, and the reasons Stephanie rose above the rest to become the company’s global brand ambassador.

Stephanie shares never-before-told stories of what it was like growing up in the shadow of the ring, and of the many WWE Legends who helped her grow into the woman she is today.

Now as WWE Chief Brand Officer, Stephanie is uniquely placed to shed light on the business behind the multi–billion-dollar entertainment company. Stephanie shares inspiring stories of her journey to the top, her successes and failures in the business world, and valuable advice for any woman working in a male-dominated industry. She is honest and candid about balancing her family life, including a marriage to WWE Superstar Triple H and their three daughters, with her intense, 365-day a year job as well as her on-screen bad-guy persona.

Stephanie McMahon’s memoir is like Lean In, with a “billion dollar slap”!

The book was originally scheduled to be released in 2016, but was put on hold.

McMahon commented on the delay back in 2017. 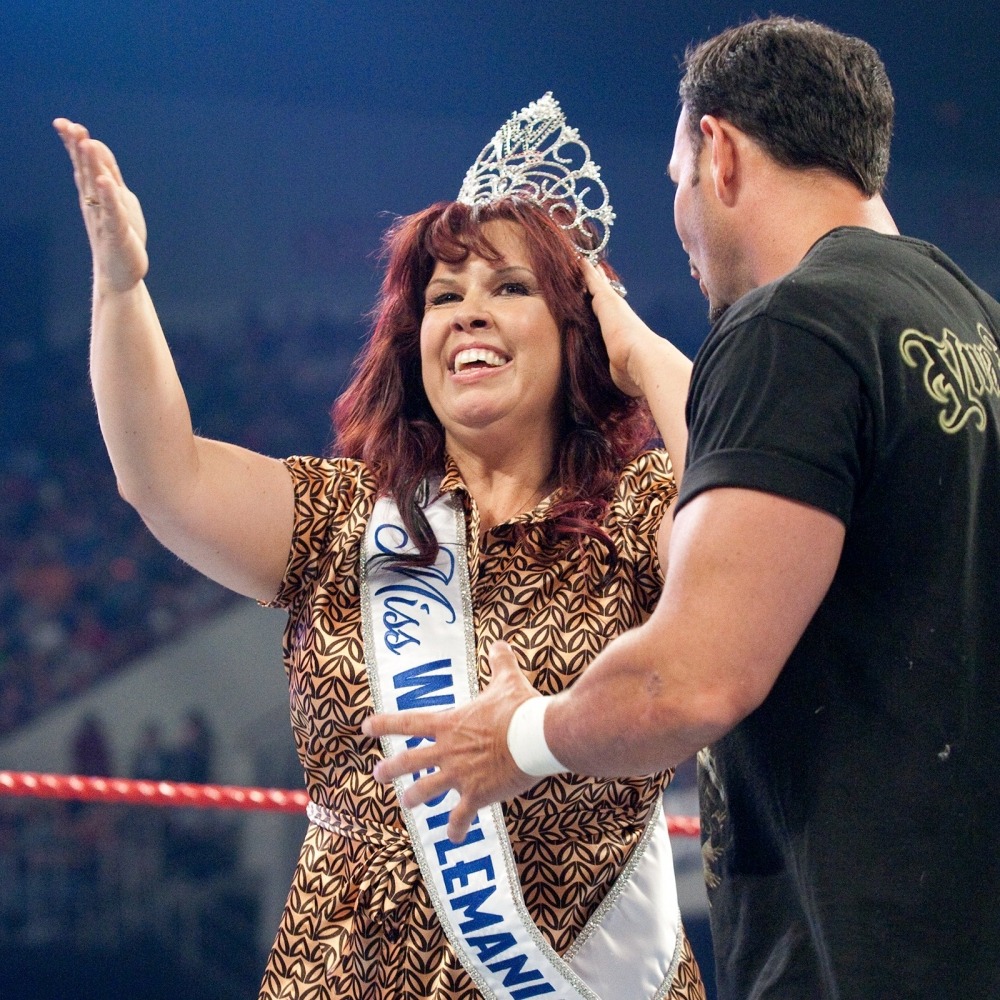 WWE Chief Brand Officer Stephanie McMahon joined The Female Quotient this morning to discuss superstar Bianca Belair, as well as praise the words of New Day Member Xavier Woods after his passionate speech on racial injustice on Twitch Rivals. Highlights from McMahon’s appearance can be found below.

Bianca… I don’t know her very well personally, but I know her story and I’ve seen her just rise through the ranks. She is one of the most incredibly gifted athletes I’ve ever seen in my life. So strong. Her character is just all sass, and I mean, she will just get right in there and tell it like it is, and then throw down because she has everything she needs to back it up. But then, personally, she’s actually quite reserved. And she is very sweet, and a little bit quiet, and very different than her character that she portrays.

How Belair stays true to herself:

She is true, and she is true to herself. And true to her message, and true to her man. They have this incredible relationship, and I actually watched Bianca in the ring one night having, at that point in time, one of the biggest matches of her career, and sitting right there backstage watching her was Montez. He had tears in his eyes when she came through the back, and they embraced, and it was just like… She had his full support, and you could feel it, and it was amazing. At that time, her career was a little bit ahead of what he was doing.

Comments on the Culture Connection:

What they are doing on The Culture Connection is incredible. I checked it out when they first launched it – and I think they’ve been continuing to add to it – but I think anything we can do to amplify our voices, to amplify voices of all communities but, in particular, the African American community. And, if you’re providing resources, that’s what we’re talking about, right? Education and awareness. That’s where I think it really starts is having these conversations and hearing one another.

One of our Superstars, Xavier Woods, he was doing an interview on Twitch and I saw it on social media and he said how when he was growing up, and he grew up in suburbia, a predominantly white environment, and he said he was taught how to not come across as aggressive.”He was taught to play an instrument, he was taught to really focus on academics – how to pull himself back, just because of the color of his skin. And I just don’t think people know, I don’t think people know these stories, I know I have not heard them until just recently and this is a moment in time to listen and to share, and to do everything we can to bring people together.