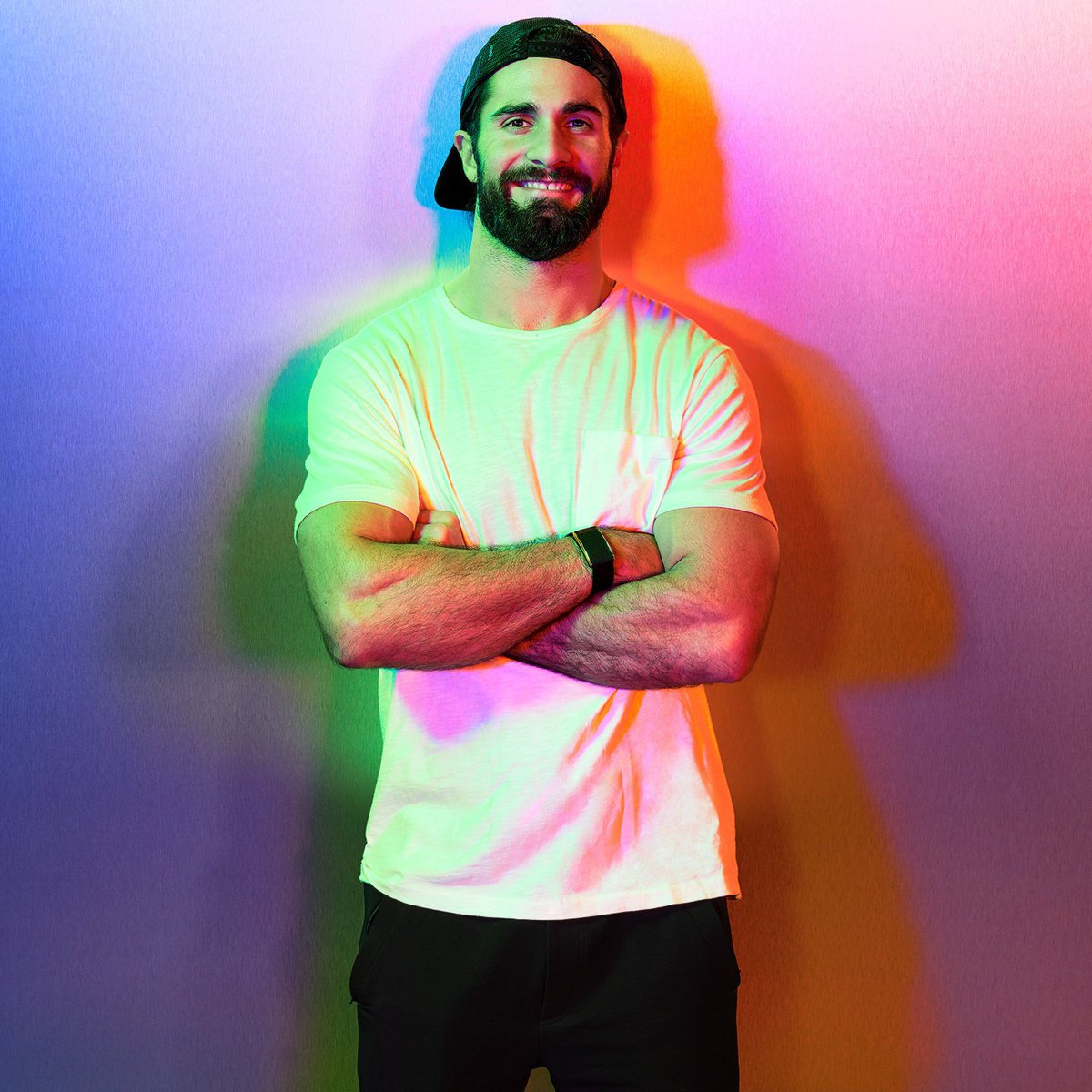 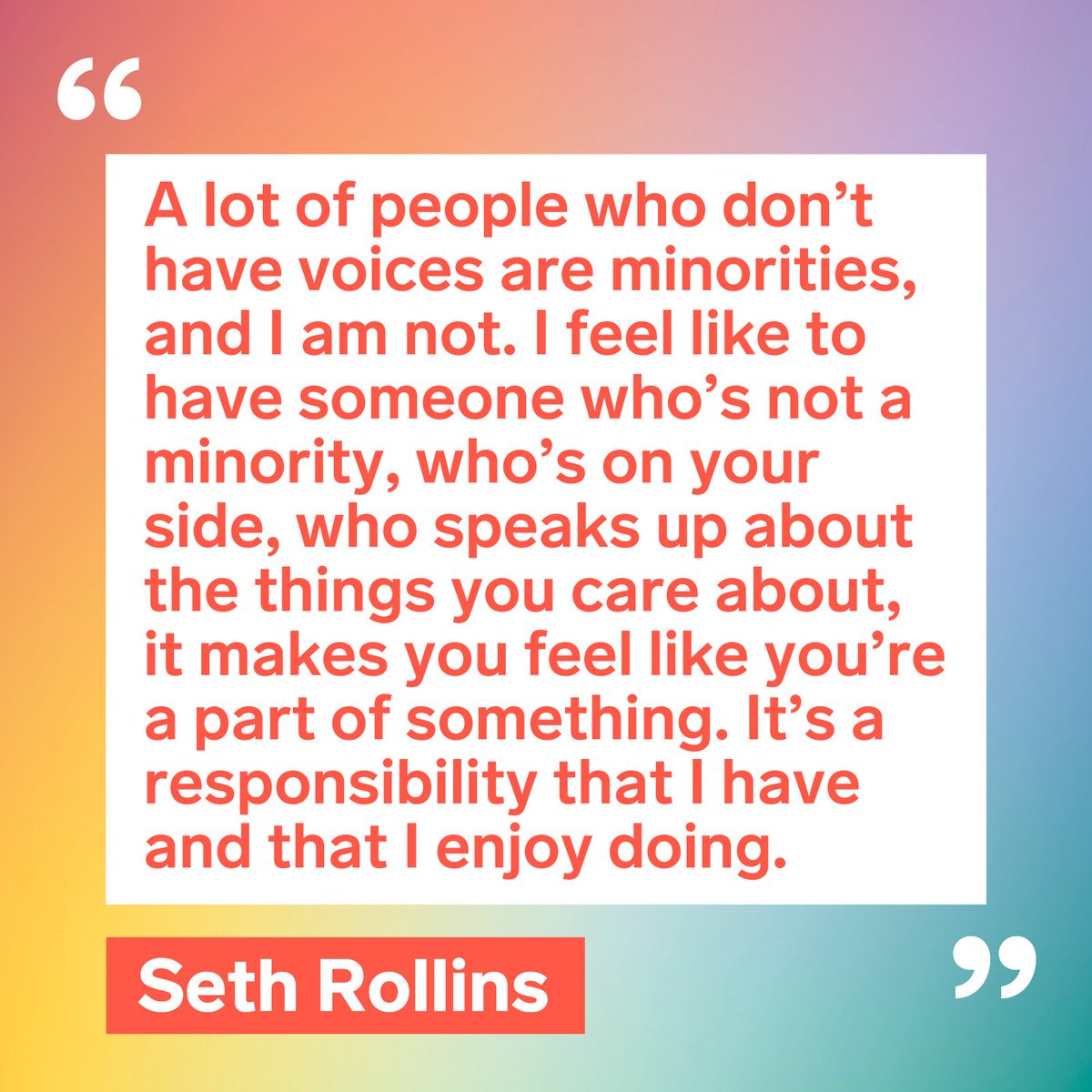 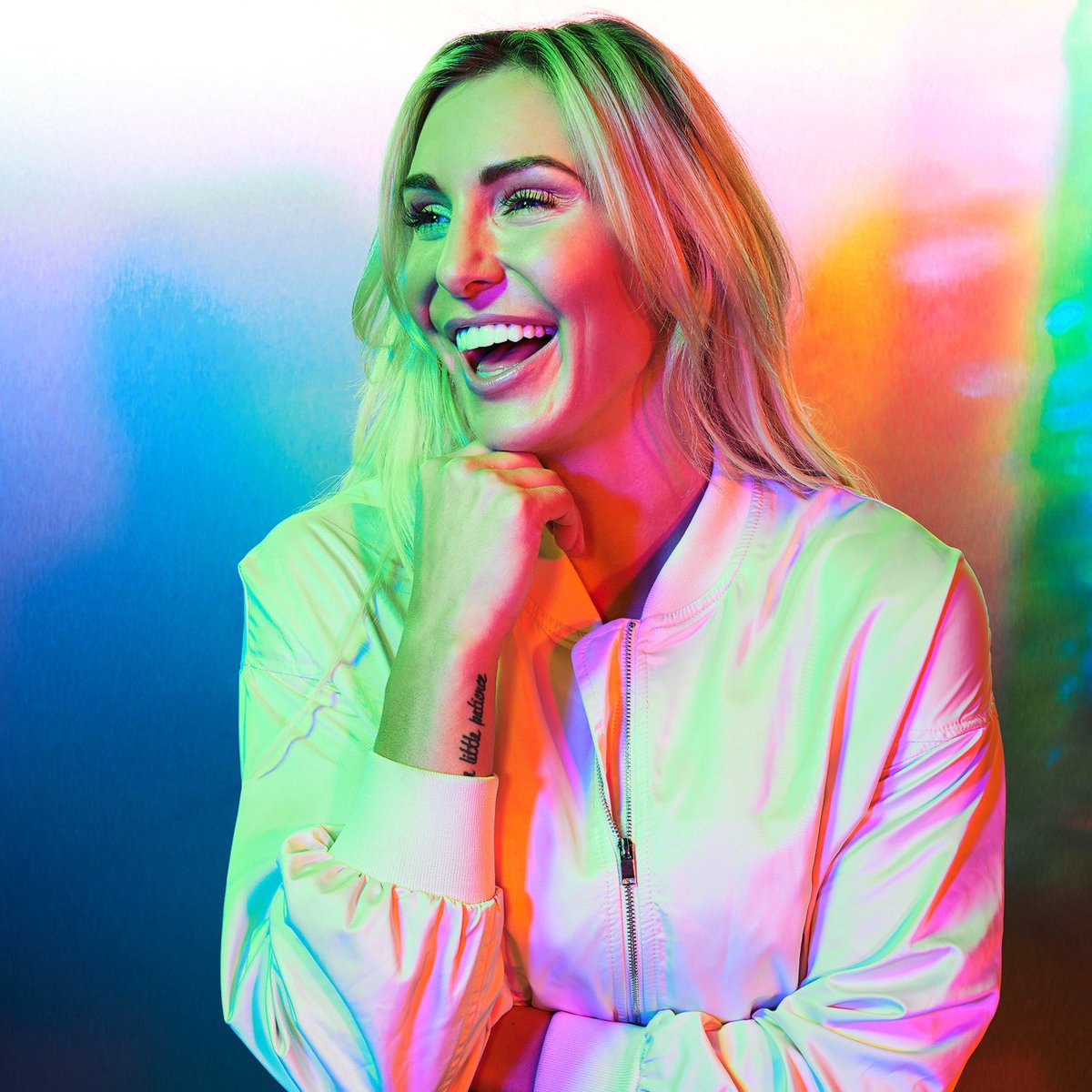 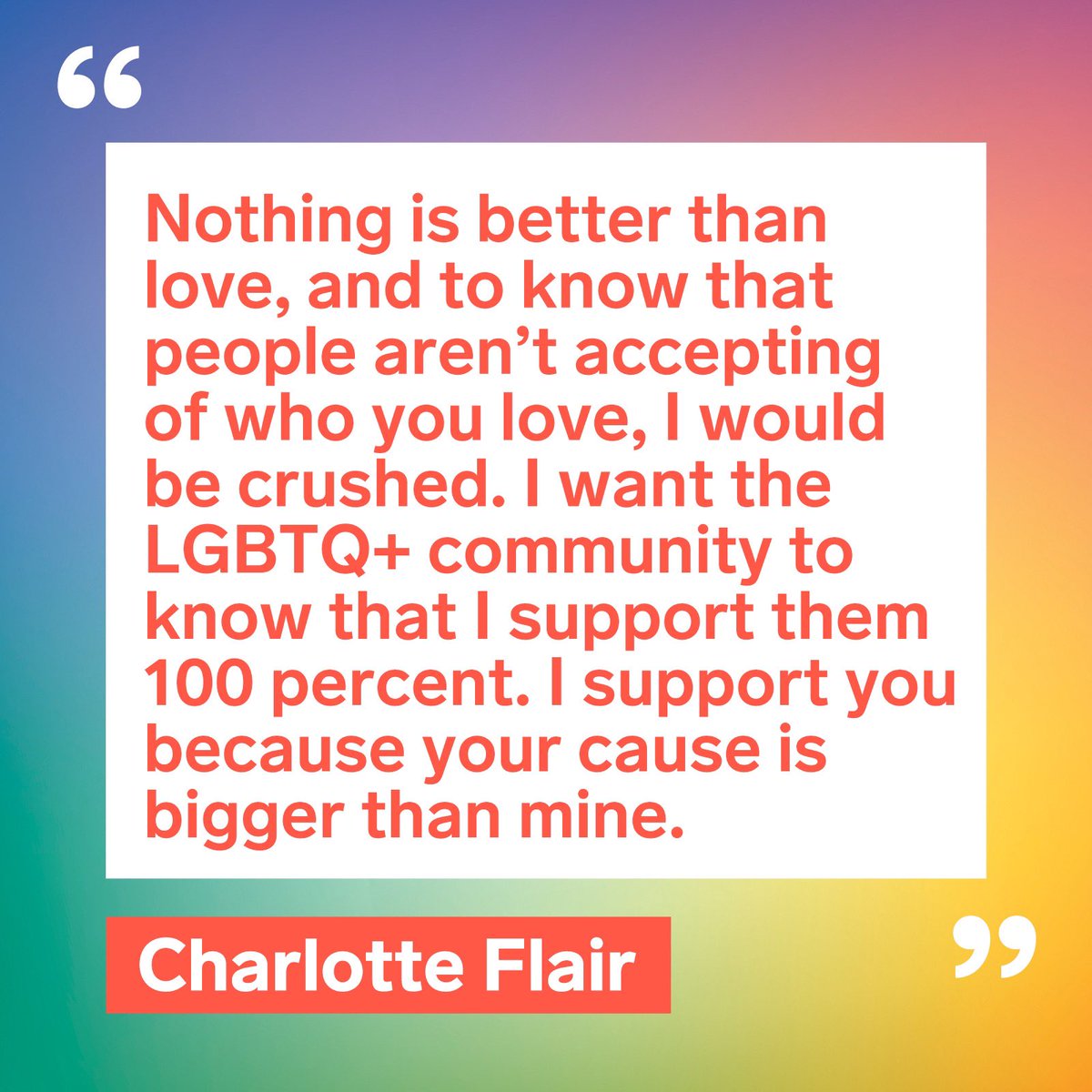 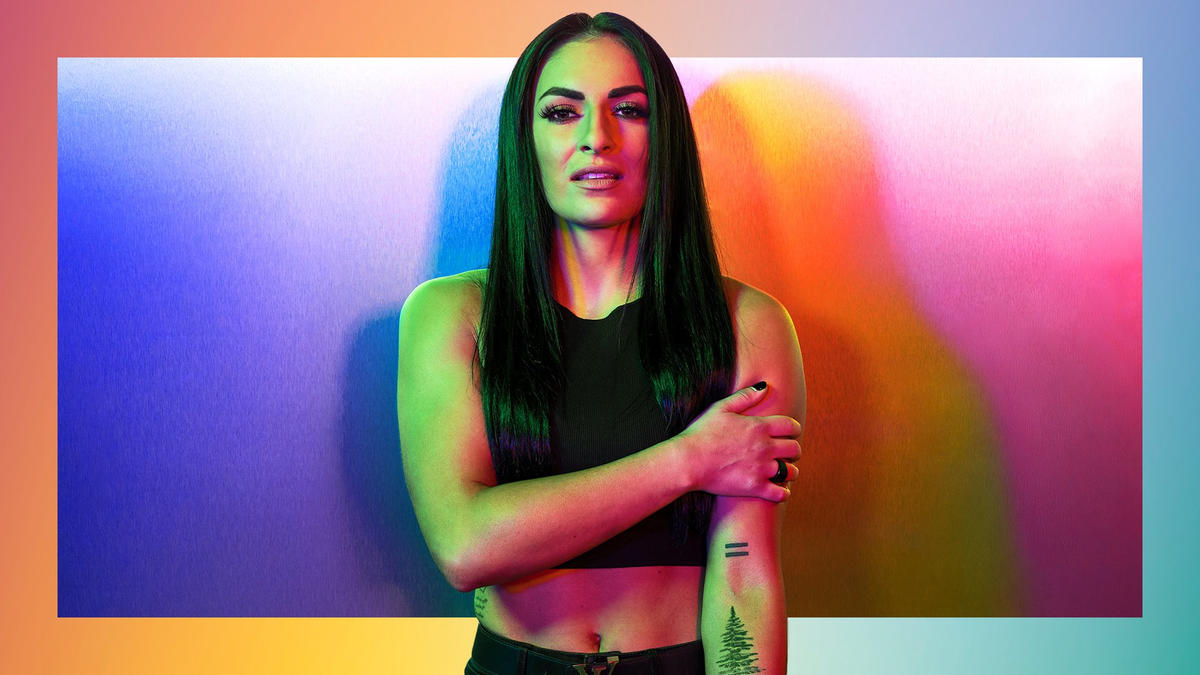 Daria Berenato was just 21 years old when she came out in front of the WWE Universe on the sixth season of Tough Enough. During an interview segment, she was asked if she was dating anyone. She was nervous, overwhelmed, and caught off-guard, but most importantly, she was honest. “Yeah,” she said, “I have a girlfriend.”

Four years later, Daria Berenato sits down in front of WWE.com as Sonya Deville, the no-nonsense, confident fighter who “puts her hair up and squares up” every time she steps in the ring. She has been waiting years for a Pride photoshoot and an opportunity to openly discuss her journey as the first out, female performer in WWE’s history, and she has never been more ready than today.

WWE.COM: To start off, what does Pride mean to you?

SONYA: It means a lot. Four years ago, I was still pretending to be someone that I’m not. Until I came out publicly, I wasn’t really living my fullest life. I was trying to be who I thought I was supposed to be, which never turns out good, and I wasn’t fulfilled. You can be happy with work, you can be happy in other facets of life, but if you’re not happy in your personal life, and you’re not loving open and honestly, it sucks.

WWE.COM: Yeah, it all bleeds into itself.

SONYA: Yeah, it bleeds into the other avenues of your life that are going well. So, Pride, it’s significant because it’s a time where I celebrate my coming out, but also, I get to share my story on my social platforms and maybe get to tell other people that may be going through that phase of their life, “It’s okay to be who you are; it’s okay to come out.” Easier said than done, right? But … it’s always worth it if you’re being honest and true to who you are.

WWE.COM: You are the first out female Superstar. Do you feel like a trailblazer?

SONYA: It definitely wasn’t my intention; it kind of snowballed and turned into that. I think back to when I was in high school, to 17-year old Daria, who was dating guys and thought that that was the only way of life. I was very confused, and it was definitely manifesting itself in other parts of my life that were unhealthy. To look at me then, and to look at me now, and to see how much I’ve grown, [it’s amazing] how much happier I am. To force something that was not organic to who I am was tough on me, and so I can relate to all those girls and guys out there going through the same thing.

WWE.COM: When you were on Tough Enough, one of the first questions you were asked is if you were dating anyone. Were you surprised and ready to be so open on such a public platform?

SONYA: “Surprised” is an understatement. I didn’t even know how to answer that question. I never publicly talked about having a girlfriend or even used that phrase before. But all that went through my head was, “Well, that’s not fair to this woman that I love. It’s not fair to her, to keep her a secret.” And now I’m on a reality show, and Triple H asked me a question. What am I going to say, “No, I’m single?” I was thinking about her. I got nervous and awkward, and I said, “Yeah, I have a girlfriend.” I remember calling my mom telling her I had just come out on national television! She was one of the only people that knew. It started this whole crazy turn of events [that changed] my life for the better.

WWE.COM: How did your peers respond?

SONYA: Nothing but support from this company from day one. Obviously, you get the backlash from social media, `cause that’s just life, but I tried to focus on the positive on how many people supported me.

WWE.COM: How did the public respond?

SONYA: Remember when Twitter used to have the 20+ when you had more than 20 notifications? I’d never seen that in my life. I saw that and just got a crazy influx of positive comments and support from these new people who I guess I call “fans” now. I had no idea what to do with it. It was a new role I was playing.

WWE.COM: Do you feel a responsibility or any pressure to represent the LGBTQ+ community as the only out Superstar currently on the roster?

SONYA: With any minority group, it takes a strong presence in the public eye to make a change because everything nowadays is social media. I often use the platform I have with WWE to touch the GLAAD-coined “unlikely allies” that aren’t informed and be like, “Have you ever watched me wrestle? Did you know I was gay? Did you like me then? Now that you know I’m gay, do you like me now?” That’s the question I love to ask people.

WWE.COM: What are your interactions like with LGBTQ+ fans?

SONYA: It’s insane how many fans I have from the LGBTQ+ community. I would say the majority of my fanbase are young, gay women. Many of them were in tears telling me that my coming out inspired them to come out. Some of them haven’t come out yet and are asking me what they should do. I get those questions on Instagram and Twitter all the time, and honestly, I sit there and answer a lot of them. Imagine if I was a kid and my role model answered me back and gave me advice; I would have taken that for gold. If they see me like that, I could be such an influence on these kids. I would have loved someone to talk to about it.

WWE.COM: Definitely. Recently you’ve started incorporating the rainbow flag in your gear. Was that a conscious decision to openly broadcast your sexuality?

SONYA: I didn’t want my message to come across wrong. I didn’t want it to feel like I was shoving my sexuality down people’s throats. I want to show [the flag] off for that scared little girl or that scared little boy at home who is afraid to come out to mom and dad, and here I am on national television with a rainbow flag in my back pocket. I want to do it because I’m proud of who I am. It’s been a learning curve. I was afraid of Sonya being defined by her sexuality because that’s not fair to her. I don’t want Sonya to be defined by who she loves.

WWE.COM: What pushed you to finally make that decision?

SONYA: I was sitting in my apartment one night [and I heard from] one of my most loyal fans. She’s a young girl, she’s gay, she comes to all my signings. Her coming out story is that she saw me come out on Tough Enough, and she came out a couple weeks later. She’s ridden the wave with me. She DMed me, thanking me, and I was like, “You know what? Screw it. I don’t care what people think. They can make whatever judgements they want. The other percentage is going to be proud that someone in their community is sticking up for them.”

WWE.COM: We've seen customized WWE championships before. Have you ever thought about having a rainbow on your title if you become Women's Champion?

SONYA: That is actually a dream of mine. That would be so cool to me, but also something so cool for the fans to see. I think that would mean a lot to the LGBTQ+ community, especially the youth. I just keep flashing back to when I was that age, and if that were prevalent, it would have meant so much to me.

WWE.COM: As someone who has come out publicly and been embraced, what do you say to the fan that is closeted or still unsure of themselves?

SONYA: I would say, I know how hard that is, and a lot of it is confusion. I know what it’s like to be confused, and as long as you’re safe and you have a place to sleep at night after you come out with people who love who you are, then do it. You aren’t living life to its fullest potential until you can love who you want to love. It’s not a good feeling to hide a huge part of your life. If you were meant to be somebody else, you’d be somebody else, so don’t change who you are. Don’t be afraid. Don’t be ashamed. Don’t ever apologize for your sexuality. Just be you. 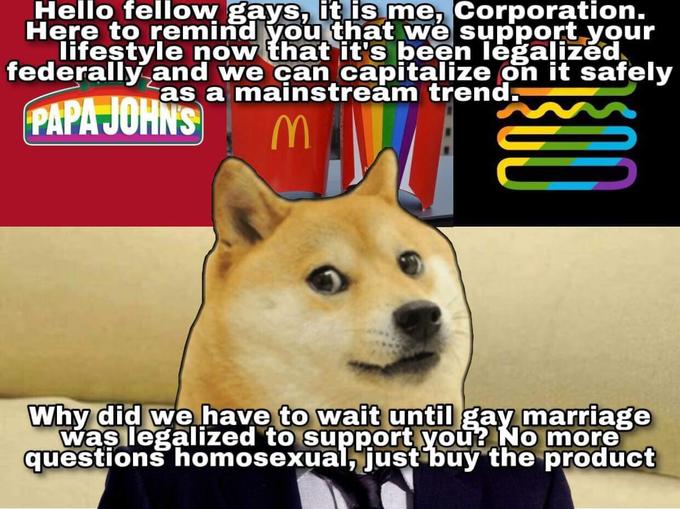