WWE Raw stars Nia Jax and Alexa Bliss will be joining the cast of Total Divas when the new season begins filming. The new season is set to begin in a few weeks after the final decision was made.
Eva Marie will not be returning and is sitting out the remainder of her WWE contract, which will be expiring soon.
Current WWE Star Paige's status for the show had been up in the air, but with both Nia and Alexa being added to the cast, Paige is now not expected to return to the show. Paige had barely appeared in most of the last season and hadn't appeared at all in the final 4 episodes.

According to The Wrestling Observer Newsletter, here are the storyline details for season 7 of Total Divas. The show debuts on November 11th and features the Bella Twins, Naomi, Natalya, Lana, Maryse, Carmella, Nia Jax and Alexa Bliss.

* They will build to a season finale on 1/31 which will be the 100th episode of the seven-season long show. The show builds around the Naomi vs. Natalya feud over the Smackdown women’s title, with the season ending with the match where Natalya finally wins the title.

* The Bellas talk about coming back, with it being built around Nikki accepting the Dancing With the Stars offer, Brie being a mother and talking about a comeback and going on a vacation with Bryan.

* The Maryse storyline talks about she and Miz dealing with their Los Angeles home being burglarized for the second time and Maryse wanting to move to Las Vegas. It’s notable that the two did put their home for sale several months ago.

* The Lana storyline is that Rusev wants her to have a baby but she wants to make it as a wrestler first.

* Carmella’s relationship with Cass will be part of the show as well. But they both want to live in different parts of the country.

* Nia Jax is presented as the cousin of Dwayne Johnson who struggles with dating.

* With Alexa Bliss, they acknowledge that she’s engaged to struggling NXT wrestler Buddy Murphy, who will appear on the show; she’s not certain about if she wants to marry him.

AlenB je napisao/la:Source of the post Brie being a mother and talking about a comeback and going on a vacation with Bryan.

AlenB je napisao/la:Source of the post Nia Jax is presented as the cousin of Dwayne Johnson who struggles with dating. 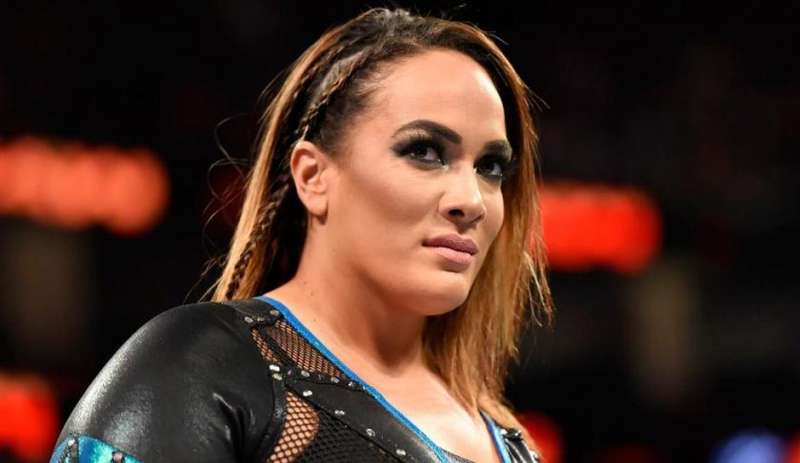 Parodija za Total Bellas hahaha
I WANNA BE YOUR SLAVE.

With the second season of Total Bellas ending next week and the seventh season of Total Divas set to debut the following week, PWInsider.com has learned that WWE is seeking to expand its reality series net as part of its partnership with Bunim-Murray productions, which produces the company's E! reality series.

There have been two concepts floating around over the last several weeks:

The first would be a reality series similar to Total Bellas, but focused on the Miz and Maryse. The potential series, we are told, would focus on their in-ring exploits as well as their personal lives and adventures as a married couple in Hollywood. With the couple expecting their first child, one would think that could be one of the hooks that drive the series as the Hollywood night life is far removed from being first-time parents, We are told the concept for the series is that it would also feature the couple's best friends from real life, including WWE star Dolph Ziggler.

The second discussed series would be something of an amalgamation of the old Tough Enough series, the old Diva Searches and the competition era of the WWE NXT brand. The concept would "seek out" a new female WWE star. We are told the idea that has been passed around would be that the series places its competitors on the road with WWE as they all travel together via tour bus. There would be weekly competitions that would lead to eliminations before one final winner is crowned, earning a WWE contract. WWE has been looking to revive the Diva Search idea for some time but has yet to actually do so, so this may just be the latest effort in that attempt.

Total Divas, which debuted in 2013, helped WWE cultivate and grow the female WWE fan demographic. While there's no question the female performers of NXT get the lion's share of the credit for evolving the women's division when they came to the main roster, the reality remains that the popularity ofTotal Divas (which at one point, hit an overnight viewership of 1.67 million) should not be discounted when tracing the surge in interest in WWE's female division.

By intriguing a female audience that had previously ignored pro wrestling via the "real life/reality exploits" of the cast, they funneled a demographic that traditionally had ignored professional wrestling and turned them into fans for the first time, sort-of a yin to the yang of the NXT crew's exploits that created a perfect storm, leading to the much talked about "women's revolution" on WWE's main roster.

"I think [Total Divas] helped start the women's revolution, " Nikki Bella told PWInsider.com this last August in New York City. "Total Divas [led to] more women started coming to our show, like, 'I gotta check this out.' I remember when Brie was fighting Stephanie McMahon, so many women showed up because they were like, 'I can't believe she's fighting her boss, Oh My Gosh!' It was crazy for them to even imagine, like, 'She's gonna hit her? Like, This is nuts!' and so I think Total Divas has done so much for women's wrestling. It was the first time that we got an hour of TV to ourselves, to really showcase what women do."

The influx of newer fans and their rapid support for the stars of the series shocked even Bella.

"It happened so quickly and so fast," admitted Bella. "I want to say that when seasons one and two came out, both of which we were lucky in that they had 16 episodes each, after that season two....Bam! Everyone wanted to know Natalya, Brie Bella, Naomi, Ariane. Everyone was like, 'Who are these girls?' and when we go to events, there would be women wrestlers who weren't on the show and were getting more TV time than us and [the fans] wouldn't care about them. They would be, 'I want to see those Total Divas girls. Can you bring them back?'

Now, WWE may be bringing forward additional spin-off series from the Divas franchise. We are told the concepts are not being developed with the idea of being WWE Network-exclusive series (such as Holy Foley or Legends House) but something that could be sold to a broadcast partner.

Again, neither series is 100% set in stone but PWInsider.com has confirmed these are projects that have been worked on.

I WANNA BE YOUR SLAVE.