If you’re ever in Roppongi of Tokyo between now and January and end up at the major crosswalk there, there’s a billboard advertising for Wrestle Kingdom 14, along with part of the billboard of Kazuchika Okada doing a dropkick, and you can pose as if you’re getting dropkicked by him 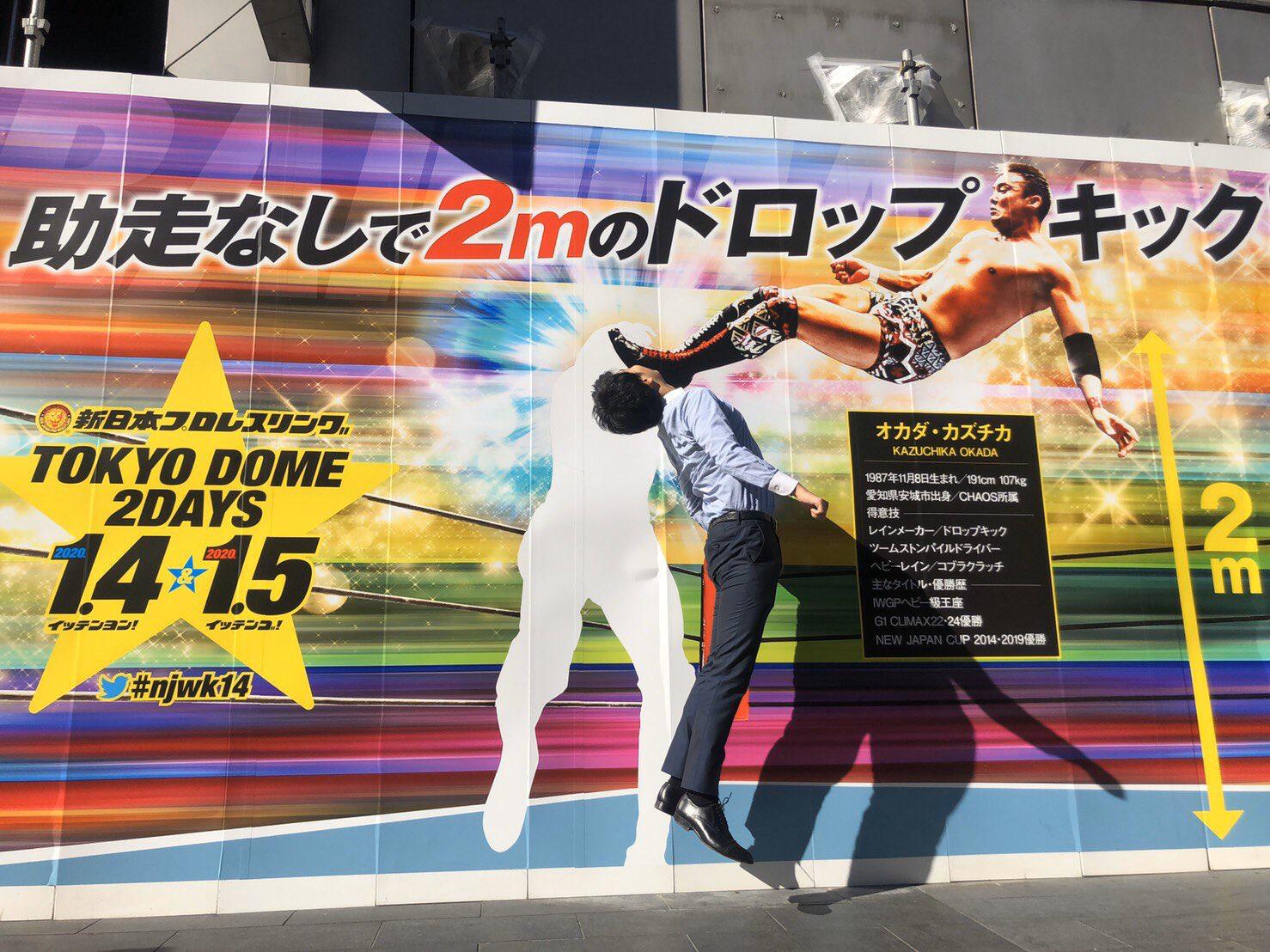